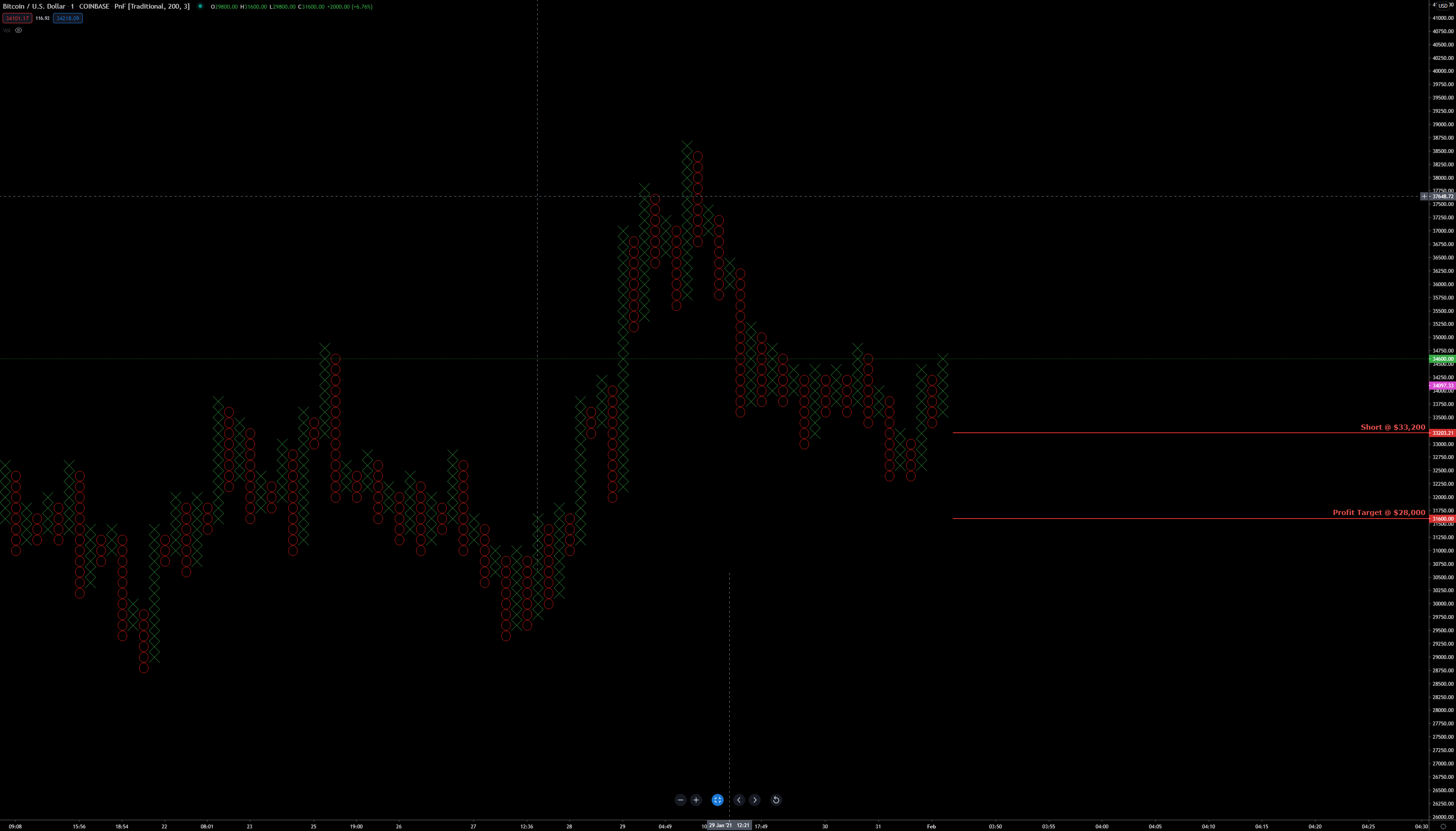 The above chart style is known as Point and Figure – it is the oldest known form of technical analysis chart style in existence, and it is ancient in its shape. We have wheat charts from ancient Egypt (pre-Ptolemy dynasty) that use a variant of point and figure charts along with corresponding styles throughout history. It is a kind of “price action” in which only the price is recorded. Volume and time are not included in this chart data. It is the “puristic” chart form of the price action trader. Using this style to identify entries and exist will make the trade a little clearer and less noisy. On the Bitcoin chart, after breaking a double bottom, the short entry would be at $ 33,400 with a sell-stop entry at $ 33,200. The profit target is determined using the vertical profit target method in Point & Figure, which results in a profit target of $ 28,000. When the next column of the O-forms and the short entry appear in the same column, what is known as the confirmed bull trap pattern will appear in the table. Trap patterns in point and figure charts have a high positive expectation rate to become profitable trades. 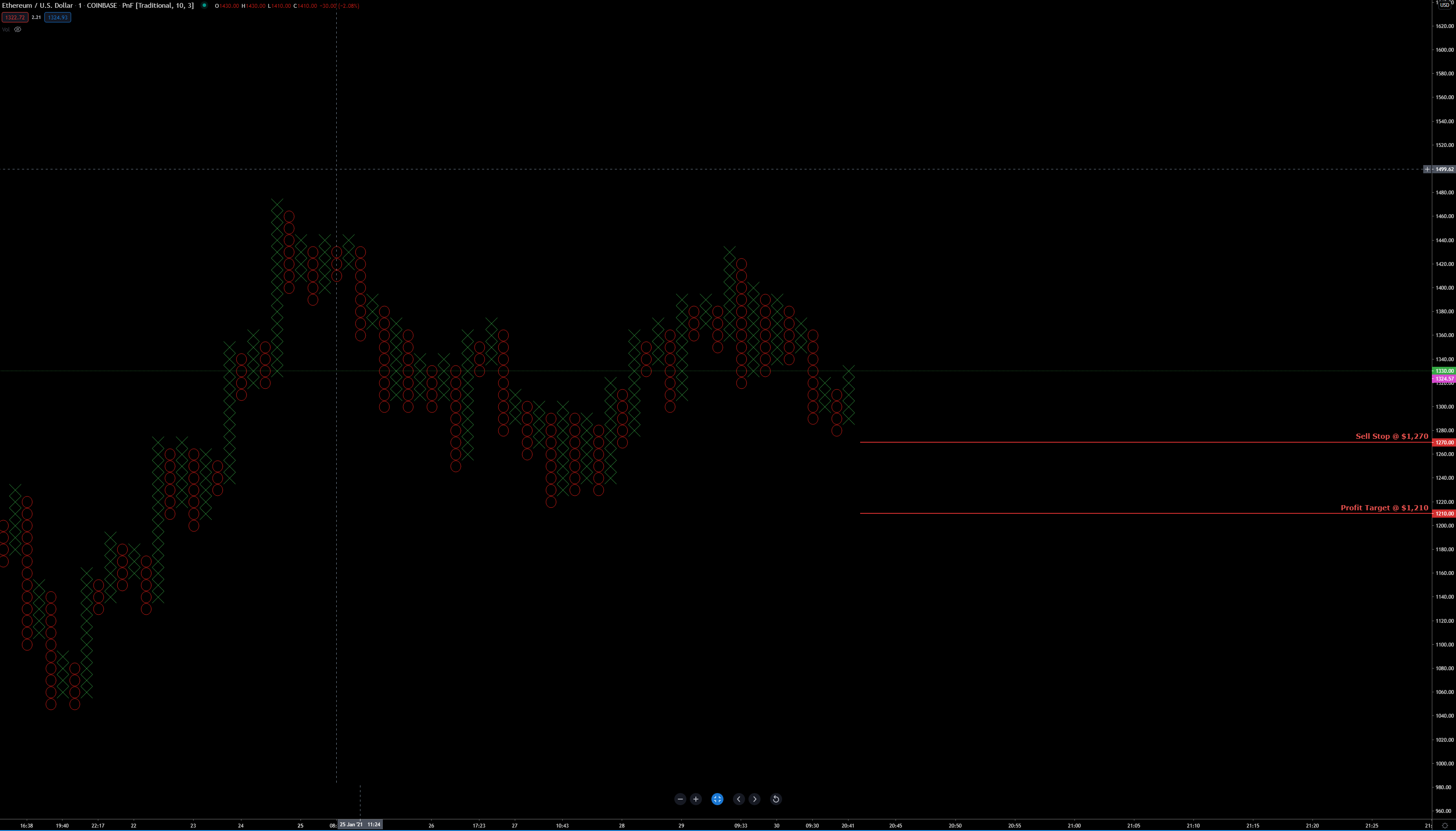 Ethereum’s current point and figure chart features the same bearish pattern as Bitcoin, a bull trap. If Ethereum moves down to double bottom at $ 1,280 and triggers the sell freeze at $ 1,270, we have a confirmed bull trap pattern. The profit target is $ 1,210. However, if a new X forms in the current column of X, that trade is considered void and no longer valid. 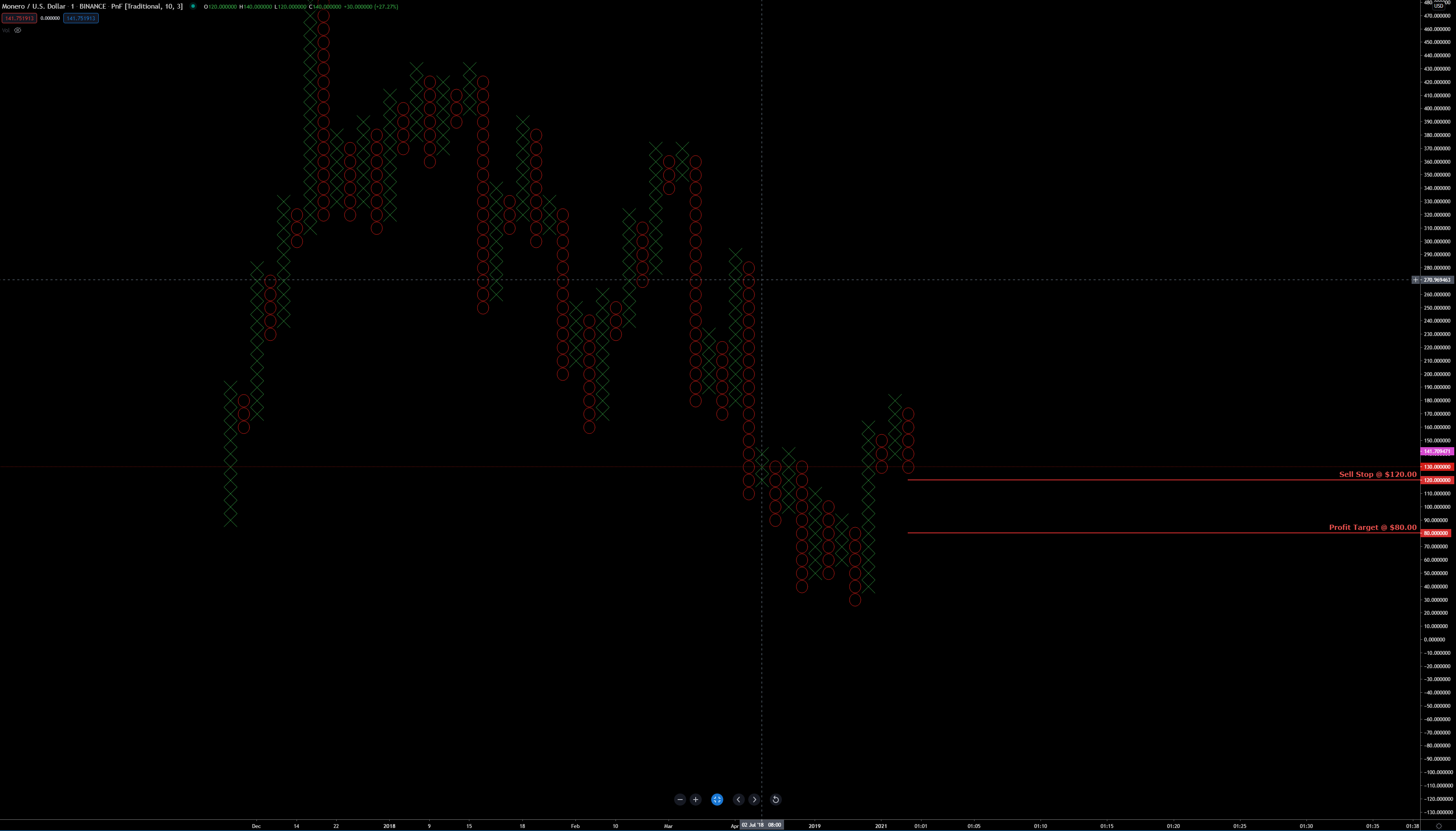 I haven’t really analyzed much on one of my favorite privacy protection coins, Monero. Monero is developing the same pattern that we see on both the Bitcoin and Ethereum charts: a bull trap. However, compared to the charts of Bitcoin and Ethereum, Monero is only a box away from confirming the bull trap pattern, while the other two cryptocurrencies have not yet formed their respective O columns. I’m looking for a break below the current double bottom at $ 130.00 with a stop-sell target of $ 120.00. I’m placing the profit target just below the 50% area of ​​the longest X column (three columns back) at $ 80.00. 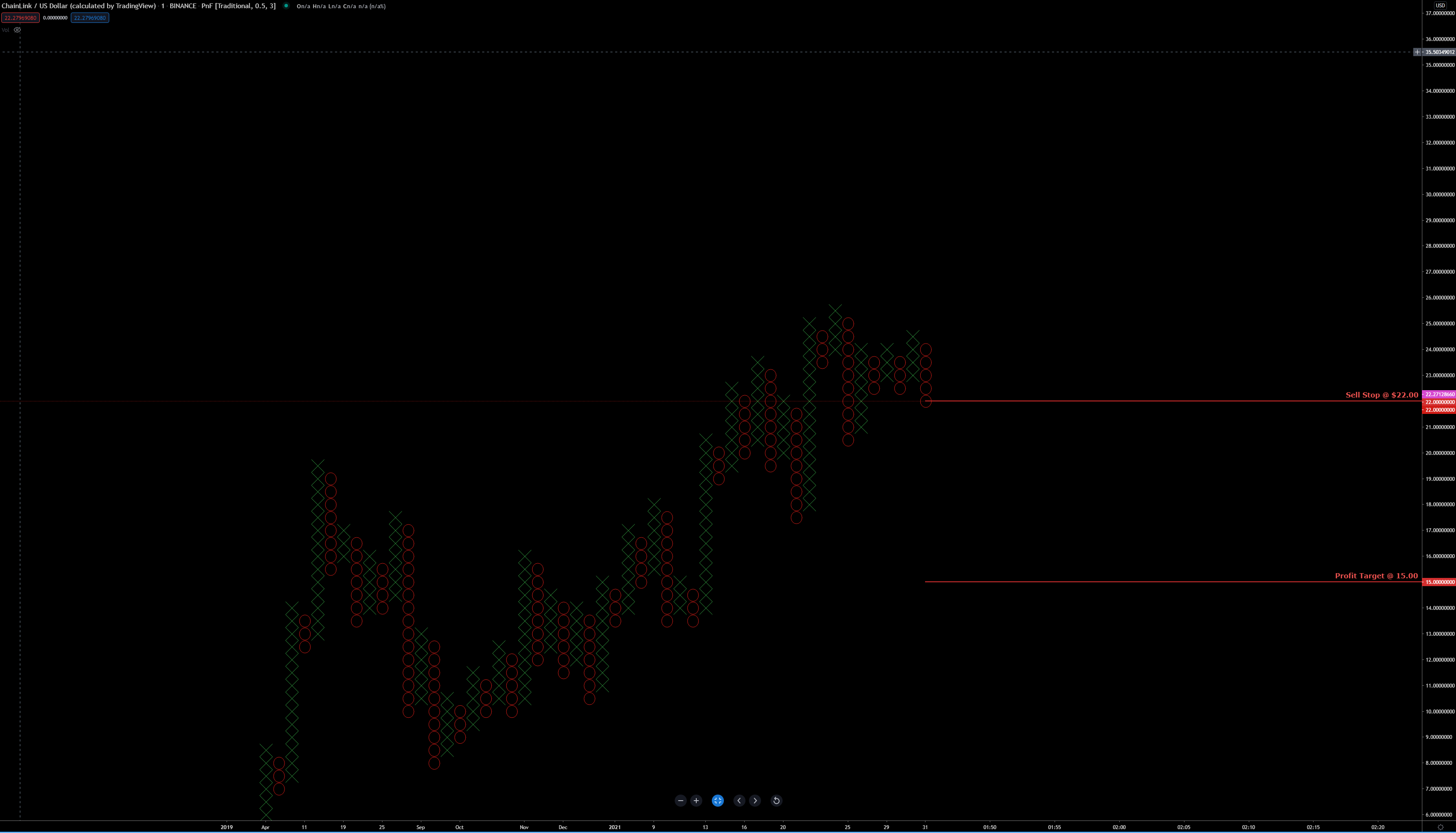 ChainLink has been by far one of the most successful and bullish cryptocurrencies in the past two and a half years. Even in the bearish phase of 2019 and early 2020, LINK outperformed almost every cryptocurrency in the top 30 coins with market capitalization. LINK’s point and figure chart shows an active and current short entry opportunity at $ 22.00. This is an excellent short entry condition for two reasons: First, entry is a triple bottom break. Second, the existence of a bull trap pattern. LINK is currently trading slightly above the short entry ($ 22.27 at the time of this writing) but the entry is still valid. The profit target of $ 15.00 is slightly above the 50% retracement of the previous swing high and the last major swing low of September 15, 2020 ($ 8.00).

Breakout ranges for Bitcoin and Ethereum approaches, dips grow to be enticing