Some coins have already entered a short-term correction phase to make efforts for further growth. Polkadot (DOT) in particular is the biggest loser today, falling 3% on the last day.

Yesterday morning, buyers increased their purchase volume and the price of Bitcoin (BTC) quickly rebounded from the average price zone to the resistance of $ 18,800. The bulls have finally managed to break the year high zone set last weekend and update the year record to $ 19,416. 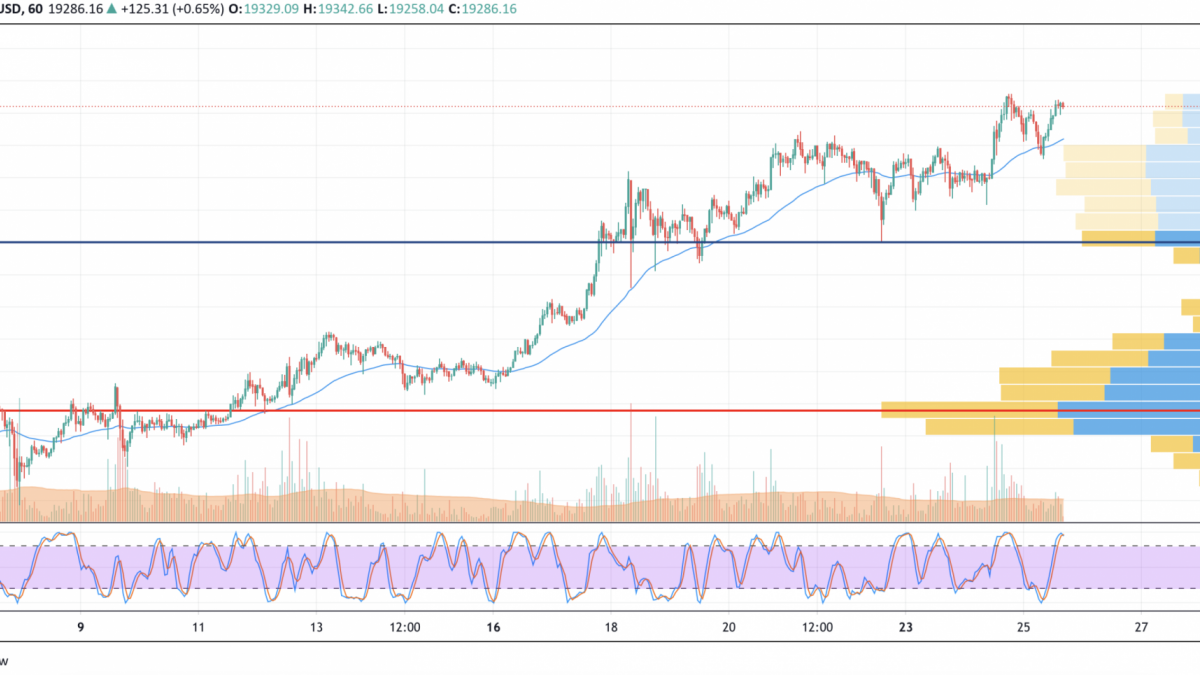 In the evening, trading volume began to decline and the pair failed to break the $ 19,000 mark. As of this morning, the price of BTC has dropped to the hourly moving average EMA55, which is in the $ 18,800 range.

Sales volumes are small and if the bulls in this area can continue to recover, a retest of the 100% fibo ($ 19,666) level is possible today.

After retesting the USD 620 level, the price of Ethereum (ETH) made a new high for the year around the USD 624 mark and became a retreat. 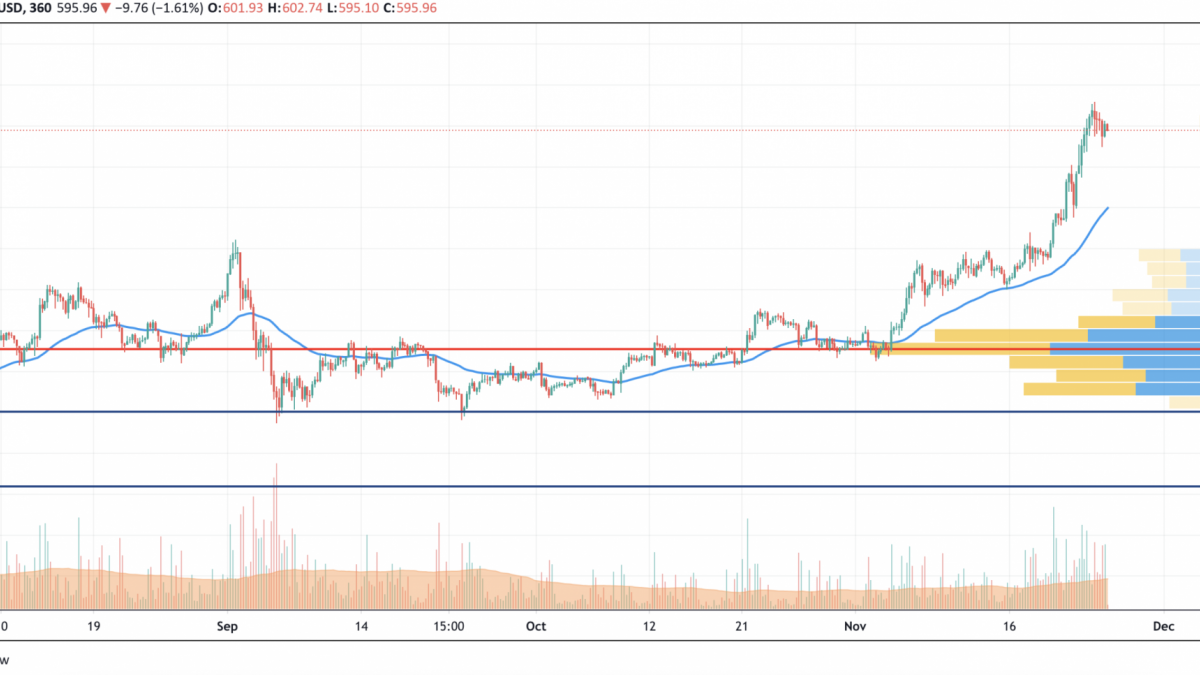 The psychological level of $ 600 couldn’t stop the decline. The bears have hit this level, but trading volume has decreased since this morning and the price remains stuck in the area of ​​a more reliable support of $ 580. If the bears intensify the onslaught, the decline may continue to the $ 550 level.

Yesterday morning, the bulls dragged the XRP price further into the area of ​​a new high, posting an annual record of around $ 0.79. 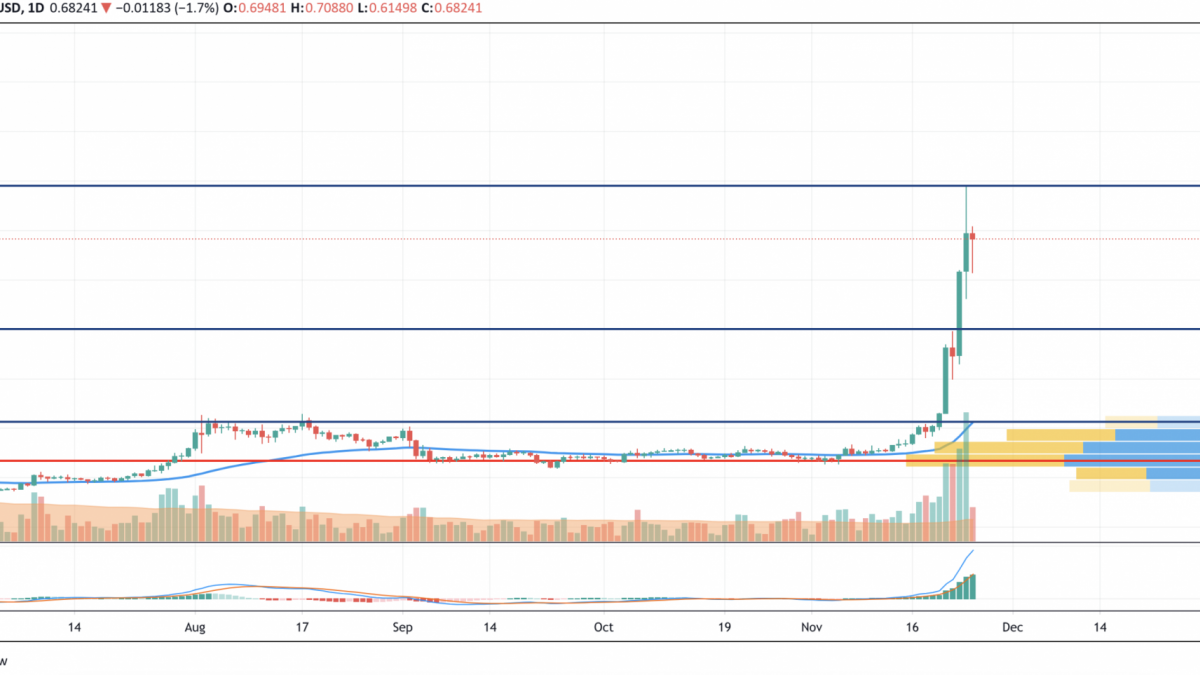 The bears responded with big sales and reversed the price. They managed to break through the USD 0.60 support at some point, but by this morning the pair managed to gain a foothold above that level. If the bulls resume active action, they may seek to bring the pair back to the year high zone and test the $ 0.80 level.

The EOS rate has remained almost unchanged since yesterday. The price of the altcoin has only increased 0.87%. 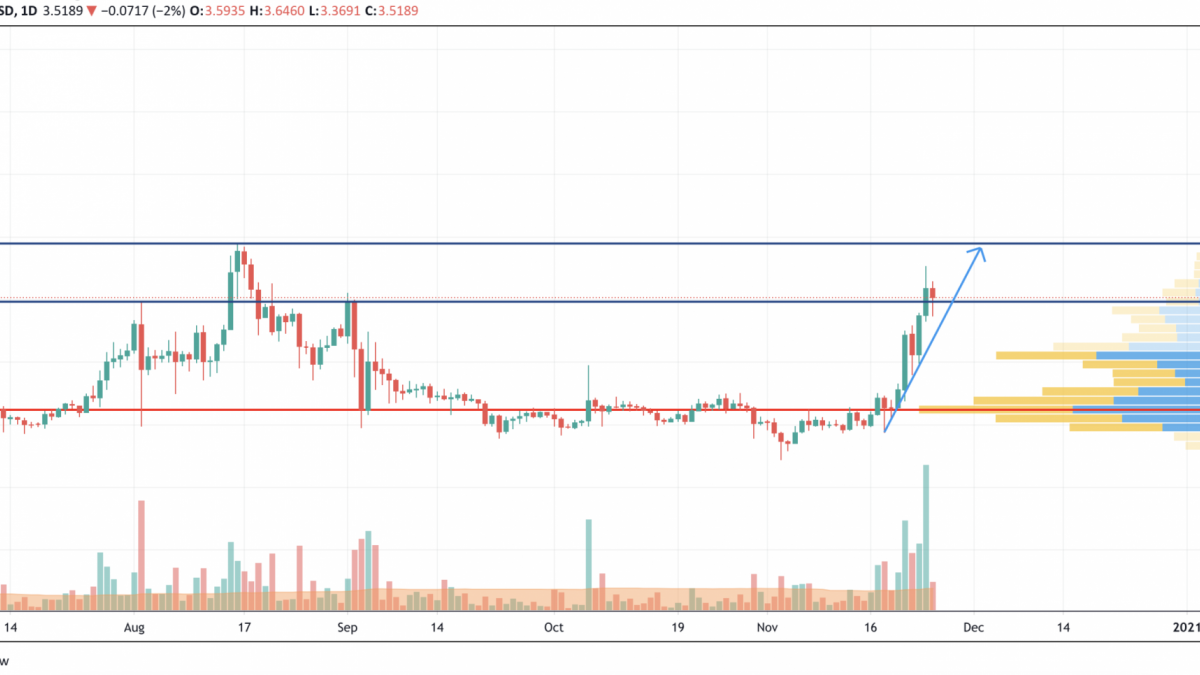 According to the daily chart, EOS is about to retest its 2020 high at $ 3.95. Since it is the remote resistance level, there is a small chance it will be broken from the first time. In this case, the most likely scenario is a consolidation for a few days in the $ 3.4852 to $ 3.95 range before the breakout occurs.

Tron (TRX) is the second fastest growing coin today. Its rate has increased 11% in the past 24 hours. 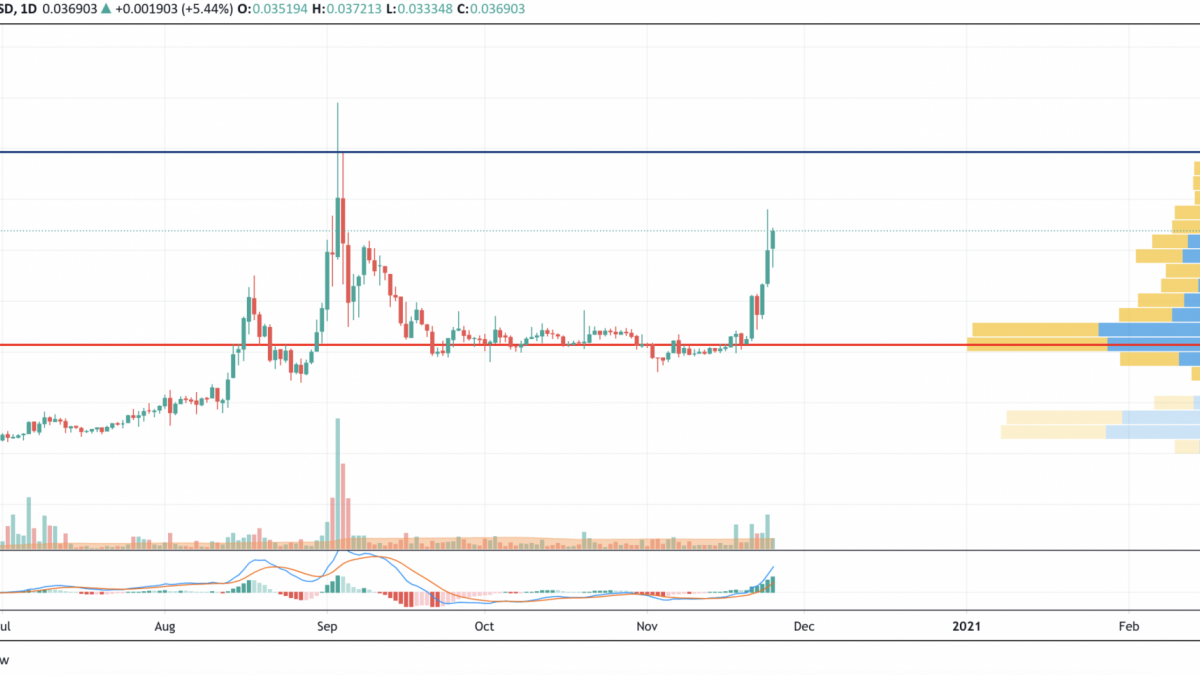 Tron (TRX) is trading similarly to EOS and the sustained surge has not yet peaked. The MACD indicator confirms the current growth, as there are no reasons for a correction so far. Buy volume is also high, meaning a short-term decline can occur if bulls hit the $ 0.044 resistance. 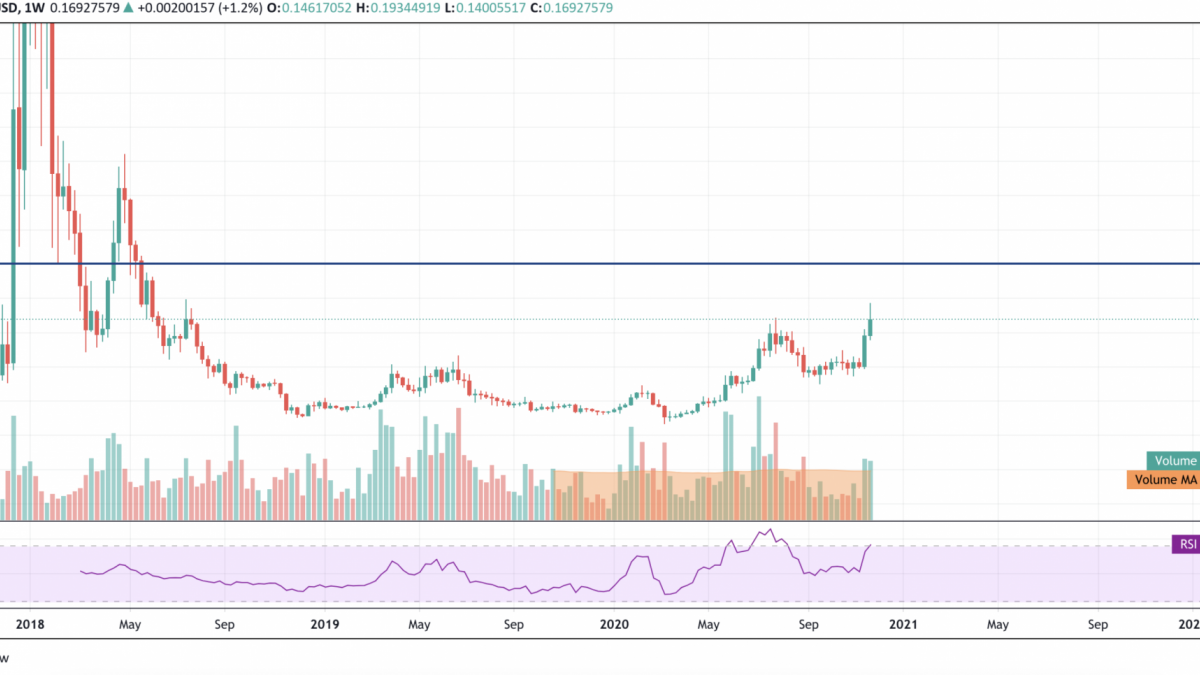 On the weekly chart, Cardano (ADA) started growing after being in the accumulation zone for a few weeks. The value of the RSI indicator has not yet reached the overbought area, which means that bulls can hit the next resistance at USD 0.25 before a deeper decline sets in.

Although Chainlink’s (LINK) long-term trend is bullish, its rate fell on the last day. 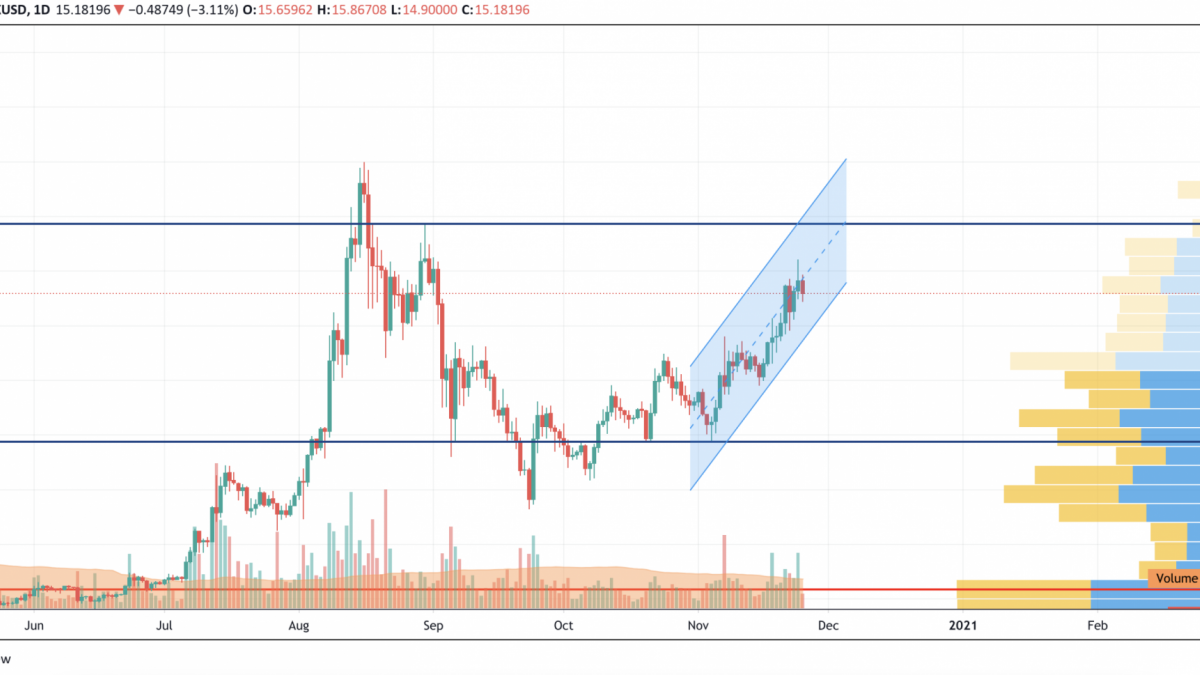 On the daily chart, Chainlink (LINK) has been trading within the rising channel since the beginning of this month. Its price has not passed the high it hit back in August this year, which means the rising potential remains. Because of this, the first stop at which bears can take the short-term initiative is $ 17.74.

What’s the cause for Cardano?